Driving a vehicle while under the influence of prescription drugs is extremely dangerous.

Ohio law specifies the amount of alcohol, marijuana, heroin, cocaine, and methamphetamine that constitutes “impaired” for the purposes of operating a motor vehicle in Ohio. However, for most prescription drugs, Ohio law does not generally define what amount of a legal prescription drug in a motor vehicle operator’s system would constitute “impairment,” and thus, could result in an OVI / DUI charge in Ohio. The one exception to this is amphetamines.

Some types of narcotics that will likely result in a DUI / OVI charge in Ohio include:

Because there are no quantifiable legal limits for the amounts of prescription medication you can have in your body when you are operating a motor vehicle in most cases, it is at the law enforcement officer’s discretion to determine whether you are too impaired to operate a motor vehicle. This determination is often made by observing you driving in a manner that suggestions impairment; the officer’s interactions with you after making a stop; and your performance on any field sobriety tests the officer administers on you.

To convict a driver of incorrectly taking prescription medication, the State must provide evidence that creates a “nexus” or connection between taking the prescription drugs and subsequent driver impairment. To determine that a driver operated his vehicle unlawfully under the influence, there must be an established correlation between the medication and driving impairment.

A law enforcement officer may seek your consent or obtain a warrant to test your blood or urine for the presence of prescription drugs if he or she believes you are impaired while operating a motor vehicle.

The officer must have probable cause to conduct any such chemical test. Probable cause can be developed by the officer over time based on your driving, any statements you make to the officer, your performance on field sobriety testing, the open and obvious presence of prescription drugs in your vehicle, and/or any evidence that you have taken some type of prescription medication.

Any blood or urine samples must be collected within three hours of your operation of the motor vehicle. Thus, if you take a prescribed medication, begin feeling drowsy, and decide to pull over, any blood or urine sample results obtained by a law enforcement officer can only be used as evidence against you in an OVI / DUI case if the State can prove that you operated a motor vehicle within the three hours before the blood or urine samples were obtained. Therefore, it is always important to exercise your Fifth Amendment Miranda right to remain silent when questioned by the police during an OVI / DUI investigation, as you do not want to inadvertently provide evidence that can later be used against you or manipulated in any such way.

If you have been arrested for driving under the influence of prescription drugs, contact a skilled Ohio OVI lawyer at the Tyack Law Firm to discuss the facts of your particular situation. Our experienced Columbus DUI defense attorneys will make every effort to help you avoid the most serious repercussions and consequences of your alleged offense. Common defenses to your OVI / DUI charge can include challenging the chemical test results; challenging the law enforcement officer’s grounds for stopping your vehicle or obtaining a blood or urine sample from you; and/or arguing that you were not impaired when operating a motor vehicle even if there is evidence of a prescription medication in your system.

If you’ve been charged with OVI / DUI for driving while using prescription drugs, your best chance at avoiding the serious consequences of conviction is to talk to an experience criminal defense attorney as early in the process as you can. An attorney can fight to preserve your rights, your freedom, and your future. Contact the Tyack Law Firm at (614) 221-1342 for a consultation about your OVI / DUI charge in Franklin County, and the surrounding counties of Pickaway County, Madison County, Delaware County, Licking County, and Fairfield County in Ohio. 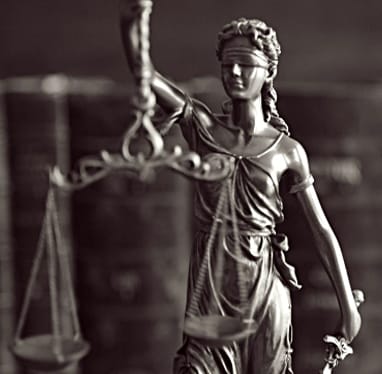