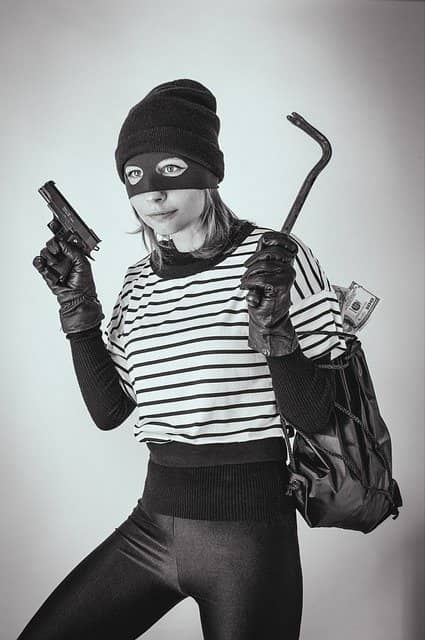 Though the property crime rate in the US has dropped dramatically since 1990 along with the violent crime rate, instances of theft occur around the country every day.

In the state of Ohio, theft is considered a misdemeanor if the value of the property or services stolen are less than a certain value in addition to a number of other factors.

If you’ve been charged with 1st degree misdemeanor theft in Ohio, you might be wondering what these charges mean and the potential punishment you face.

Let’s take a look at what you need to know.

What Is Considered 1st Degree Misdemeanor Theft in Ohio?

The value of the property or services that are stolen determine the classification of the theft offense, in addition to whether or not the victim is part of a protected class and the character of the property.

If the stolen property or services have a value of less than $1,000, than this is considered 1st degree misdemeanor theft in Ohio.

When the property or services that were stolen are valued at $1,000 or more, theft becomes a felony. There are several different degrees of felony theft charges based on the value of the property stolen as well as a number of other considerations.

Misdemeanor theft in Ohio can include:

What Is Class B Misdemeanor Ohio Theft?

Unless records are expunged and sealed, the record of a misdemeanor theft charge and disposition will always be available for public view. It doesn’t matter how long ago the conviction occurred. Without expungement, information regarding theft on your criminal record can be easily found online.

In the state of Ohio, people who have misdemeanor theft convictions are allowed to have an expungement and sealing of their criminal theft record. This occurs through the legal process known as expungement which can help you out in your job search, obtaining loans, protecting your reputation, renting an apartment, and so much more.

If you are being charged with 1st degree misdemeanor theft in Ohio, you will want to have an experienced misdemeanor laywer in Columbus, Ohio at your side.

When you work with us, we will start building your defense immediately. We are prepared to aggressively defend your rights and bring any case to trial. It is never too early to start your defense when you’ve been charged with a crime.

Are you looking for a knowledgeable team to defend you against misdemeanor theft charges in Ohio? If so, contact Tyack Law today.