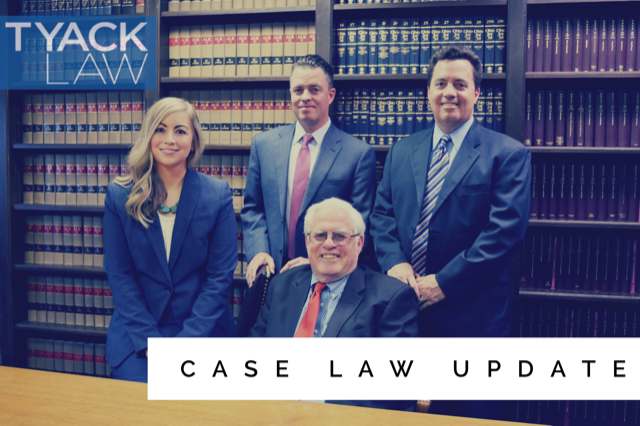 The Supreme Court of Ohio recently held in State v. Faggs, 2020-Ohio-523 that a parent or caretaker who is charged with assault or domestic violence to a child may prove that their actions were a form of “reasonable parental discipline” as an affirmative defense to avoid a conviction.

Tyack Law attorneys Holly B. Cline and Jonathan T. Tyack represented the Defendant-Appellant in the case before the Ohio Supreme Court, as well as in the lower appellate and trial court proceedings.

The Supreme Court of Ohio first addressed the issue of reasonable parental discipline in 1991, wherein it held in State v. Suchomski that nothing in Ohio’s domestic violence statute, R.C. 2919.25(A), prevents a parent from disciplining his or her child. The Suchomski Court defined “physical harm” as an “injury,” meaning “the invasion of any legally protected interest of another.” The Court went on to hold that proper and reasonable parental discipline does not invade any legally protected interest of a child.

The defendant in Suchomski moved the trial court to dismiss the indictment on the grounds that Ohio’s domestic violence statute was unconstitutionally vague and overbroad on its face because charging him under the statute could bring about the punishment of a parent who lawfully uses reasonable corporal punishment to discipline a child. The trial court granted his motion, and the appellate court affirmed that decision. However, the Supreme Court of Ohio rejected Suchomski’s constitutionality argument, concluded that the factual allegations were “sufficient to meet all the elements of an R.C. 2919.25(A) charge for domestic violence,” reversed the judgment of the court of appeals, and reinstated the indictment.

Notably, in Suchomski, there was no evidence that the defendant was administering corporal punishment at the time he engaged in the conduct giving rise to the domestic violence charge. Instead, the defendant argued it was unconstitutional for the State to ever charge a parent with domestic violence of his or her own child—irrespective of whether the parent was unequivocally administering corporal punishment or, as was the case in Suchomski, had drunkenly struck a child for no apparent reason whatsoever.

In Faggs, Tyack Law attorneys Holly B. Cline and Jonathan Tyack argued in support of the latter approach on the grounds that the affirmative defense analysis unconstitutionally places the burden on the accused to prove his or her innocence anytime corporal punishment—even if reasonable—has been used. The State, on the other hand, argued that reasonable parental discipline is an affirmative defense because it is an excuse or justification peculiarly within the knowledge of the accused upon which the accused can be reasonably required to adduce supporting evidence. Ultimately, the Ohio Supreme Court agreed with the State’s position that “reasonable parental discipline” is an affirmative defense and concluded that placing the burden of proof on a defendant does not violate his or her due process rights.

Although Ms. Cline and Mr. Tyack did not prevail on this issue, the decision is significant and beneficial to criminal defendants for a number of reasons.

Second, the Ohio Supreme Court first recognized in the Faggs decision that the affirmative defense of “reasonable parental discipline” is available to a person acting in the place of the parent (i.e., in loco parentis). This is significant, as some Ohio courts prior to the Faggs decision have held that the right to use corporal punishment to discipline a child does not always extend to non-parents (for example, boyfriends, other family members, or other persons acting in a parental role). Thus, this recognition by the Supreme Court of Ohio also ensures the availability of the affirmative defense of “reasonable corporal punishment” to a domestic violence and/or assault charge to persons acting in loco parentis.

While the Ohio Supreme Court was not asked to consider what constitutes “reasonable parental discipline,” many Ohio courts have suggested that some of the following factors should be considered by the fact-finder when making that determination: (1) the child’s age; (2) the child’s behavior leading up to the discipline; (3) the child’s response to prior non-corporal punishment; (4) the location and severity of the punishment; and (5) the parent’s state of mind while administering the punishment. Thus, persons asserting “reasonable parental discipline” to a domestic violence and/or assault charge in Ohio should seek to provide evidence on these factors.

Notably, the Supreme Court of Ohio decision in Faggs now places the Ohio General Assembly in the position of making changes to the Ohio Revised Code on this issue as it sees fit. Indeed, the Ohio legislature recently did just that in House Bill 228 (effective March 28, 2019) when it shifted the burden of proving beyond a reasonable doubt that a defendant did not act in self-defense back to the State after the Ohio Supreme Court held (and the United States Supreme Court affirmed) that a criminal defendant could be required to prove self-defense by a preponderance of the evidence.

Rep. Terry Johnson, one of the co-sponsors of House Bill 228, explained the need for having the State prove beyond a reasonable doubt that a defendant did not act in self-defense by noting in his written testimony to the members of the Federalism and Interstate Relations Committee that: “America’s founding fathers envisioned a justice system where the burden of proof laid on the accuser and not the accused.” Rep. Johnson further explained in his written testimony that “the inherent right of self-defense [is] central to the Second Amendment right [to bear arms],” such that the State must bear the burden of proving that a criminal defendant did not act in accordance with his or her constitutionally protected right to self-defense. Thus, House Bill 228 “requires that a defendant still present evidence that they acted in self-defense, however the burden of proof that the defendant is a criminal will be restored to the prosecution.”

Likewise, here, the Ohio General Assembly could reallocate the burden to the State to prove that a defendant used excessive and unreasonable parental discipline beyond a reasonable doubt. The Supreme Court of the United States has held that some liberties are so important that they are deemed to be “fundamental rights.” The fundamental liberties protected by the Due Process Clause of the Fourteenth Amendment are “deeply rooted in this Nation’s history and tradition.”  A parent’s interest in the care, custody and management of his or her child has been recognized as a fundamental right under the Fourteenth Amendment. Indeed, parents are responsible for raising and controlling their children, and courts have concluded that a parent therefore has a right to use reasonable corporal punishment as a means for implementing at responsibility.

In addition to these types of appeals, the Supreme Court of Ohio also hears appeals of cases involving the death penalty and cases in which there are conflicting opinions from two or more courts of appeals. In the Faggs case, Ms. Cline was able to successfully get the Fifth District Court of Appeals to certify the conflict between its decision in the Faggs case and a decision by the Seventh District Court of Appeals.

The Faggs case was Holly B. Cline’s first oral argument and first case before the Supreme Court of Ohio. Ms. Cline graduated from The Ohio State University Moritz College of Law in May 2017 and was sworn in as an attorney in November 2017. The Faggs case was her first appellate case as an attorney, as she wrote the briefs and argued the case before the Fifth District Court of Appeals as well.

This was Jonathan Tyack’s third case before the Supreme Court of Ohio, and first case before the Court as an appellate. In State v. Hampton, 2012-Ohio-2688, Mr. Tyack successfully argued on behalf of the appellee-defendant that the Tenth District Court of Appeals was correct in holding that the failure to establish venue in a criminal felony trial is a basis for acquittal, and therefore, an acquittal order based on the failure to establish venue is a final verdict from which the State may not appeal.